Alan Weeks had worked in the electronic security industry for many years, and as an installation technician, he could not find a company to work for that really cared about the quality of installations. So in 2004, Alan and his wife Alison started SAF Technologies, Inc. out of their home garage. Today Alison is the CEO and Alan is the President of SAF. From the start of the company Alison wanted SAF to be an “employee centric “company: a company where employees always come first. She knew that if SAF put employees first, then the employees would always put our customers first. After all these years, SAF has not lost sight of that very important core value.

For the first 10 years, SAF grew because of Alan’s commitment to quality and customer service. During this period SAF’s growth was simply attributed to word of mouth. Alan did not do any marketing. In fact, it wasn’t until 2015 that he finally applied graphics to his company vehicles to do some advertising. Because of his commitment to quality and customer service he created raving fans of customers who became SAF’s greatest ambassadors.

It was 2011 when SAF took a bold approach that was forward thinking and would eventually change the industry forever. Kevin Ronan had worked in the commercial door and hardware industry for his entire career. Kevin had a vision of the convergence between the low voltage electronic security industry (division 28) and the commercial doors and hardware industry (division 8).  With this convergence, both the general contractor and the end-user would only have to deal with one point of contact per opening (door) as opposed to three of four different vendors installing products at the same door.

In 2011 Kevin Ronan joined SAF, and together he and Alan launched the Commercial Doors and Hardware division. Today SAF provides engineering, installation and service for both the low voltage electronic security industry as well as the commercial doors and hardware industry.

In 2015, Joe Clouatre joined the team as the EVP and Managing Partner.  Joe spent fifteen years as an end-user and fifteen years running his own integration business, much like SAF, in the Boston area.

As an end-user, Joe could not find an integration company that focused on Extreme Customer Service® so he decided to build one much like Alan not being able to find a company focused on quality.

Since 2015 SAF has continued to grow and diversify their customer base as well as their geographic footprint. SAF has expanded their reach bringing on several national customers as well as their first global customer. SAF has continued to evolve with the creation of the SAF Educational Academy and their embedded technician program.  SAF has been the recipient of several major awards including being named the #1 Installation Company in North America in 2018 as well as being named to Charlotte’s Top 50 Fastest Growing Companies in 2018.

Today with the core values of Quality, Extreme Customer Service® and being an Employee Centric Company, SAF continues to grow because of the level of service they provide to their customers. It is one thing to have a company based on great values, but the company would not exist if it weren’t for those employees who embrace those values and strive to exceed customer’s expectations every day in every way.  So in the end, it is truly the employees that make a difference, and Alan, Alison and Joe are very thankful for the amazing team that makes up SAF Technologies, Inc. 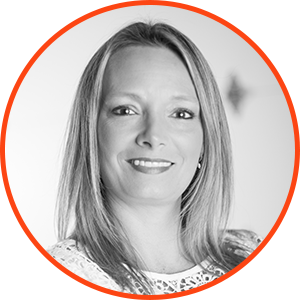 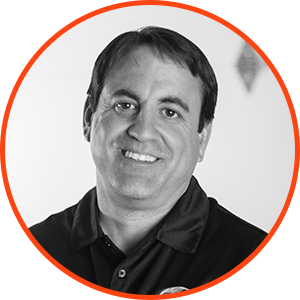 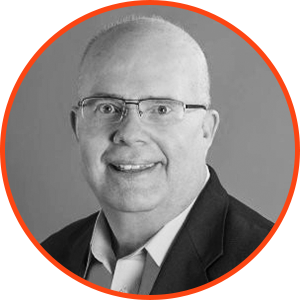 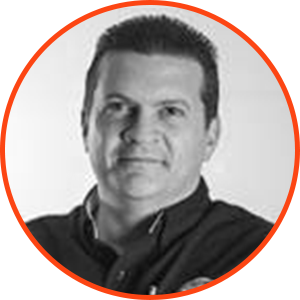 Alison, along with her husband Alan, founded SAF Technologies, Inc. in 2004. Alison has over 17 years’ office administration and finance experience. As CEO, Alison is responsible for the financial health and strength of the company. Alison is passionate about making sure that SAF is an employee centric company, where employees come first in everything we do. She is a true champion for our employees. Alison is also committed to doing “the right thing” and always being honest. It is with this strength that she sets the tone and leads the company.

Alison is also responsible for SAF Technologies, Inc.’s philanthropic activities. She is extremely passionate about giving back to the community especially when it comes to helping and supporting causes that benefit children and animals.

Alan, along with his wife Alison, founded SAF Technologies, Inc. in 2004. Alan has over 25 years’ experience in the low voltage security industry. After graduating from Appalachian State University in 1994 with a B.S in Industrial Electronics Technology, he entered the industry as an installer. Over the next ten years, he held a variety of positions including installer, project manager, service manager and vice president. Alan reached a point where he could not find a company that was passionate about quality installations. So, in 2004, he founded SAF so he could set the bar when it came to quality installations. In the early days of SAF, Alan did everything including design, sales, installation and service. Sometimes all at the same time.

Today as President of SAF, Alan dedicates his time to engineering systems, improving quality standards and exploring new technologies. Alan’s commitment to both quality and employees is unmatched in the industry. It is a testament to Alan’s commitment to his customers that, for the first eleven years, he did not do any marketing or ever apply graphics to his company vans. SAF grew simply by word of mouth.

Joe has been in the security industry for over 40 years. He spent his first fifteen years at a Fortune 100 global corporation where he held several positions ranging from security officer to security manager. During this time, Joe also served as a corporate technical specialist overseeing the design, selection and implementation of all electronic security systems. Joe went on to become President of Team AVS, Inc., a security integration company, located in Boston, MA, that was dedicated to Extreme Customer Service® and continual improvement.

After 15 years in that role, Joe created Innovative Business Partners, Inc. and spent the next eight years coaching integration companies (on how to improve their customer service) and working with end-users (on organizational development). Today as EVP and Managing Partner, Joe is responsible for the day to day operations of the company. Also included in his responsibilities is the strategic planning of the company as well as the profitability of the company. Joe is passionate about customer service and actually owns the trademark for Extreme Customer Service®.

Carl has been in the Security Integration field for 18 years, and started at SAF Technologies in 2013.  Originally in New York, he worked for a large private Integrator and managed many large installations with customers such as IBM, MasterCard, Fidelity, NYS Thruway Authority, NYPA, etc.  He went to several classes and became CSPM certified.

That company was sold to a large corporation, and through the transition he had an opportunity to transfer to NC to further his experience in the industry.  There he managed jobs at UNC Charlotte, the Dole Research Campus, JP Morgan Chase, and was promoted to Project Manager II. As that Company sold off the Integration division he moved to another national integrator working with customers such as Wells Fargo, Chiquita, AXA, GE Aviation, Bose, Facebook, RTI International.

Upon having worked for large corporations, he wanted to get back to a small family oriented company, and came to SAF.  Carl began working with Atrium Health, Wake Forest-Baptist Health, LPL Financial, Blue Ridge Hospital, Piedmont Natural Gas, and helped build relationships with many of those customers.

After many years of managing projects and employees, Carl got the opportunity to take his skillsets and become an Operations Manager with a focus on employees, customer service, and quality.  The most rewarding work for him has been with customers that he has built personal relationships with and seeing technicians grow and succeed over time.

We will not quit until the goal is reached.

Always put relationships before the need to be right.

Do the right thing regardless of the consequences.